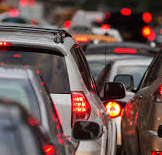 The traffic signal replacement scheme at the George Street/Gosbrook Road junction which caused last week’s gridlock in Caversham has another 2 or 3 weeks to run.

As the works progress fewer lanes will be closed, however the temporary 3-way lights cannot direct traffic as efficiently as permanent lights, according to an RBC transport officer I spoke with today.

Apparently a workman is manipulating the temporary traffic lights in peak times Monday – Saturday to try to manage the traffic as best as possible.

After the George Street/Gosbrook Road junction is done, works will move to the Church Street/Road junction which no doubt will cause similar gridlock for a further week or two.

The upgrade works are necessary as over the last 6 or so years, traffic signal technology has come on a lot, our town’s population has increased and businesses continue to bring larger numbers of people to Reading putting greater strain on the road network.

All traffic lights north of the river are to be renewed as part of this Government-funded upgrade.  The new signals will use the MOVA system (Microprocessor Optimised Vehicle Actuation) so we should all see an improvement.  MOVA is more reactive to local demands which should help motorists and pedestrians.  Sensors in the road feedback information which enables the optimisation of traffic flow through junctions by dispersing any queues – or so the theory states.


In the meantime avoid the works as best you can but if not possible allow extra time for your journey.
Posted by Isobel Ballsdon at Monday, October 06, 2014