As I reported on 25 March, many residents did not receive Reading Borough Council’s (RBC) letter in which RBC announced the public meeting held that night and set out details of the consultation process to identify a permanent site for The Heights primary school.

On 1 April I was sent the following response from Kevin McDaniel, RBC:

“As you know the Council hired a local distribution company to carry out the letter drop in the Borough. We have asked the company to review the roads they distributed to as a matter of urgency.  The company in question provides GPS tracking information on deliveries and the Council asked them to review this data, particularly those roads where we have been contacted by residents.  Their investigation showed that one distributor did not deliver as comprehensively as he should have. We understand his contract has already been terminated because of this. The company have apologised and have revisited missed roads over the past week.

“Apart from the letter drop, the consultation has been widely publicised, and all consultation details are listed on the website at http://beta.reading.gov.uk/schoolsite. More than 500 people attended the public meeting last week, and the Public Survey part of the consultation process formally started on Monday May 30, for which we have already received a large number of responses. This survey runs until May 1 so all residents will have the opportunity to have their say.”

However yesterday (Thursday) I was notified by a resident that people in Nuney Green, in Mapledurham Parish, still had not received RBC’s consultation letter.  An RBC press officer told me that although a local distribution company had been contracted to deliver RBC’s letter across Reading, the Parish of Mapledurham was too rural for the contractor so RBC staff had taken on the job.

As the public meeting happened over a week ago I asked RBC’s press officer to produce a poster with details of the consultation and asked for it to be displayed in Mapledurham Village’s notice board, sent to Mapledurham Estate and to the Clerk of Mapledurham & Kidmore End Parish Councils.  In addition I asked for copies of the poster to be put through the doors of homes on Nuney Green.
Posted by Isobel Ballsdon at Friday, April 03, 2015

I have received notification of the following from Reading Borough Council (RBC): 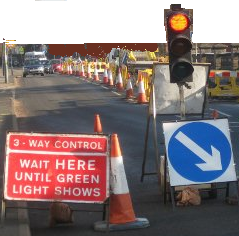 Southern Gas Networks need to replace the final part of their gas mains on Upper Woodcote Road, which is scheduled to begin from Tuesday 7 April 2015, near to its junction with Woodcote Way.

RBC will be notifying Reading Bus operators of the upcoming works shortly and residents have been notified and will also receive a letter drop from Southern Gas Networks contractors in the coming days.

Update
The works were postponed as the contractors working on behalf of Southern Gas Network had two crews allocated to this scheme, both of which left the company at very short notice and there wasn't adequate resource to replace them.
Posted by Isobel Ballsdon at Friday, April 03, 2015

For those unable to go to yesterday's public viewing of A2 Dominion's proposal to build 44 apartments for the over 55s I've got permission to publish the indicative drawings here.

Please note that A2 Dominion is consulting the public at the moment and is yet to submit a planning application to Reading Borough Council (RBC).

As regular readers of my website will know, I sit on RBC's Planning Committee and therefore keep an open mind to avoid the risk of predetermining planning applications.

Yesterday I provided a little more information about this particular proposal so please refer to my last post.  Thank you.
Posted by Isobel Ballsdon at Thursday, April 02, 2015

Both facilities were closed down by RBC’s Labour administration despite colossal opposition from the community supported by politicians of all the other colours.  I’ve written a few posts on this which you can read here

A2 Dominion, the company selected by RBC to draw up plans for the site, is inviting local residents to view and share their opinions on the proposed plans between 3.30 and 7 pm today.

If you are unable to make it apparently questions or queries will be answered if people call 0800 432 0077 (which I believe is a Freephone number, but do double-check first).

Update
I attended the consultation event.  Please note that although RBC's press release (from which I took my information for the above post) referred to "plans", A2 Dominion in fact displayed indicative drawings.
Posted by Isobel Ballsdon at Wednesday, April 01, 2015