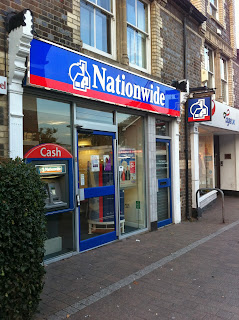 Rob Wilson MP has set up two meetings for Nationwide members to discuss the Building Society's recent announcement that the Caversham branch is to be closed.

The meetings are to give members an update and hopefully the opportunity to question a Nationwide representative (although they haven't yet confirmed acceptance of their invitation).

Unfortunately I am unable to come to either meeting as I will be in Manchester, but I hope that as many of my Mapledurham Ward residents who are Nationwide members will be able to attend one of the meetings.

Chris Walton, Chairman of the Caversham Traders' Association, has set up a petition which you can sign here