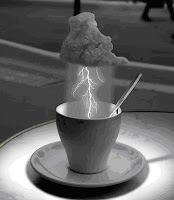 At Tuesday's Council meeting the Labour Group tabled a motion asking for Mary Seacole not to be removed from the Primary Curriculum.  Their motion though had a fundamental problem, namely Mary Seacole is not on the Curriculum so the Secretary of State for Education cannot remove her!

In advance of the debate I did my homework and amongst other things spoke with the Head Teacher of my local primary.  I found out:


I agree with what primary teacher Tim Taylor wrote in the Guardian: that "teachers view this whole kerfuffle as a non-argument."

He goes on to say "The challenge, for both schools and curriculum designers, is to take the vast amount that we want children to learn and make it meaningful, memorable and useful.  The danger at the moment is we could spend all our time squabbling and arguing over the details, while ignoring the really important questions."

I also share his view that "the Mary Seacole row misses the point because it focuses on the content of the national curriculum rather than its purpose.  It's an unnecessary diversion.  Good teachers will teach children about Mary Seacole if they study the Victorians not because they have to, but because she represents an important change in British culture and society."

At Tuesday's meeting I tabled an amendment on behalf of the Conservative Group that made sense.  We asked RBC to write to Reading's primary schools to encourage them to continue to opt to teach pupils about Mary Seacole within their structured coverage of history because she represents an important change in British culture and society.  The Greens, Lib Dems and Labour voted against, choosing instead to go with Labour's nonsensical original motion.

You can read today's coverage in the Post [on the left] by clicking on it.
Posted by Isobel Ballsdon at Friday, February 01, 2013